Care of Open Wounds in Cats

Care of Open Wounds in Cats

What is a wound?

What should I do if a wound is bleeding? 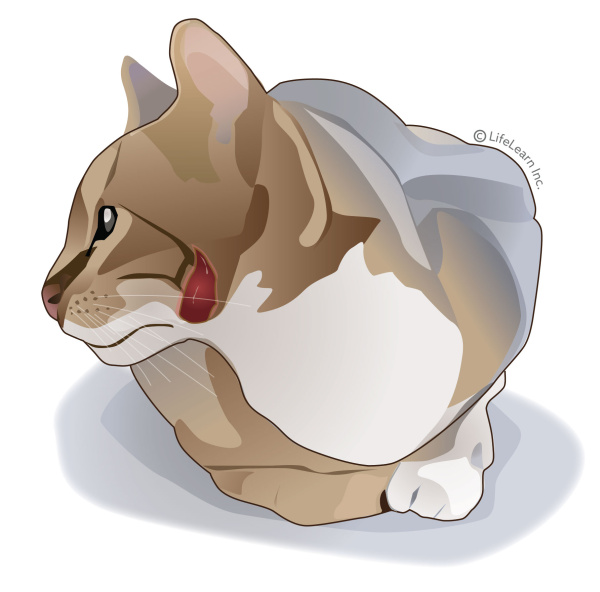 Initially attempt to stop the bleeding by applying direct pressure to the wound with an absorbent dressing such as dry gauze, followed by a layer of bandage material or a clean dry cloth. This will protect the wound during transport to the veterinary clinic and prevent any further contamination of the injury.

If possible, try to raise the affected area above the level of the heart. This will help reduce the flow of blood to the bleeding area.

Do not apply ointments, creams, disinfectants, or any other chemicals to the wound (unless directed by your veterinarian), as they can interfere with its eventual healing.

Why leave a wound open?

Sometimes the location or the amount of skin loss prevents surgical closure or bandaging (wounds on the face or high up on the leg). Sometimes, puncture wounds or other trauma force bacteria deep into the tissues. A contaminated wound that is more than a few hours old should never be closed without surgical debridement (removal of all the contaminated or dead tissue), and in some cases this may result in more permanent damage than treating the wound medically and leaving it open to heal.

Most wounds are contaminated with bacteria, and often contain foreign material such as dirt, grit, or hair. When possible, your veterinarian will disinfect and stitch up the wound.

If the wound is open for an extended period, it will often be left to heal without surgical closure, though a drain may be placed. Most of these wounds are treated using a combination of repeated flushing, bandaging, and antibiotics (most commonly amoxicillin-clavulanate). Alternatively, some wounds have tissue removed (debridement) and then are closed.

How should I manage an open wound at home?

Following the specific instructions of your veterinarian, clean the wound two to three times daily with a mild antiseptic solution or warm water to remove any crusted discharge and keep wound edges clean. Do not clean the wound with hydrogen peroxide, witch hazel, or alcohol.

"Do not clean the wound with hydrogen peroxide, witch hazel, or alcohol."

The wound may be bandaged to protect it from further contamination, or to prevent your cat from excessively licking it. Daily bandage changes, as demonstrated by your veterinarian, may be required if there is a lot of discharge from the wound.

Is any other medication required?

Most likely your cat will be given a course of antibiotics, especially if the wound is infected or suspected of being contaminated. No topical treatments should be used, unless specifically directed by your veterinarian, as some seemingly harmless chemicals can actually damage tissues and delay wound healing.